Please consider partnering financially with our facilitators.  Those on this page are seconded to CIT from their agencies and do not receive a salary from CIT.  Click on their links for more information on partnership.  Gifts through these links will go to the individual facilitator, not the CIT general budget.  Thank you for making this critical training possible!

UWM (United World Mission)
George graduated in 1975 from Columbia Bible College with a Bachelor of Arts (B.A.) in Biblical Studies and a Master of Divinity (M.Div.) degree in l979 from Denver Conservative Baptist Theological Seminary. George completed his Doctor of Ministry (D.Min.) at Columbia International University in 2001. His dissertation was entitled Models of Missionary Training: An Assessment of Alternative Approaches to Training for Cross-Cultural Ministry.

George and his family served on the field in missions from 1980 to 1994 in Canada, Alaska, and Russia doing demographic and receptivity survey work in Minnesota, Ontario and Manitoba, teacher and director of the Arctic Bible Institute, church planting in an Athabascan village in Alaska, Director of Missionary Training Outreach (summer missionary program), Alaska Field Director, Director of Siberian Ministries and Russian Field Director.

Since 1995, George has served as the director of the Center for Intercultural Training.  The CIT program now services a partnership for the training of missionaries from a variety of mission agencies and churches.

Partner with George and Kathy

Tim was raised in south-central Pennsylvania and graduated from Appalachian Bible College in WV with a Bachelor of Arts degree in Bible/Missions.

He also has a Master of Arts degree in Ministry/Leadership from Lancaster Bible College, certification from the Institute of Motivational Living  in Behavior Analysis Consulting, and is certified in Personal Leadership Development, Team Building, and Sharpening Your Interpersonal Skills.

Tim and his wife Debbie served as church planters in Portugal for almost 9 years with BCU/TEAM. During that ministry, the Portuguese Baptist Convention ordained Tim for the pastorate. He later accepted a ministry as Director of Training Ministries and then as Executive Vice President with BCM International in Philadelphia, PA.  He joined the Crossworld team in Nov. 1998.  As Director for Mobilization, his responsibilities included overseeing the areas of Candidate Ministries, Short-term ministries, Church Ministries, and Representation. Tim also served as Director of Specialized Training with Crossworld.

After teaching periodically at CIT for 7 years, Tim joined the staff fulltime in Nov. 2005 as Assistant to the Director and Program Director. He currently is the Training Director for all of CIT’s ministries.

GEM (Greater Europe Mission)
Tim has served inter-culturally for 20 years, first in Taiwan, then in a Chinese church here in North Carolina, and most recently in Europe. He is a graduate of Mercer University (BA) and Southeastern Baptist Theological Seminary (MDiv) and is married with five children. As a family they enjoy supporting Liverpool FC and visiting their relatives in Georgia.

Andy grew up in a Christian family. He met Pam at Bible college, and she go him hooked on missions. In 1984, after graduation and just a year after marrying, they set off for China, where they taught English for two years, ate Chinese food three times a day, and Andy enjoyed being a head taller than almost everyone else.

After China, Andy and Pam returned to the States and entered the Th.M. program at Dallas Theological Seminary. Andy graduated in 1992 with majors in Old Testament and Historical Theology. In 2007, he completed the doctoral program in missiology at the Evangelische Theologische Faculteit in Heverlee (Leuven) , Belgium. His dissertation was entitled “Ethnocentrism. U.S.-American Evangelical Missionaries in Romania: Qualitative Missiological Research  into Representative Cross-Cultural Value Based Conflicts.” And in spite of its long title it has actually proved quite practical in missionary training and even in mediating several conflict situations.

Andy and Pam served in Timisoara, Romania, from 1996 to 2018. Andy assisted with projects at the Areopagus Center for Christian Education and Contemporary Culture, taught in Bible institutes, and did outreach to university students. He also served his mission in field leadership, missionary training, and member development.

Andy and Pam have two boys, Alex and Nate, who are out of the nest. And they still love Chinese  food.

Partner with Andy and Pam 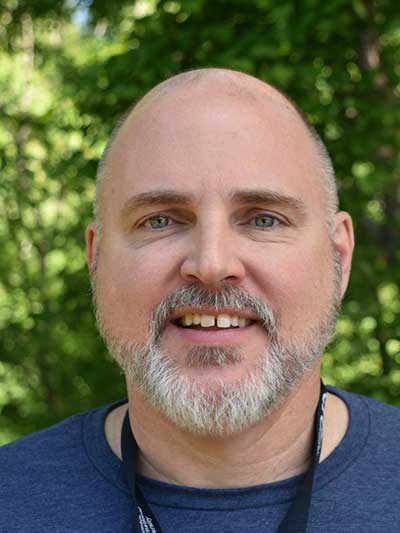 Steve and Esther Smith have served the Lord among the Muslim Wolof people of Senegal, West Africa since February of 1997. Over their years of ministry, they have had to take on various roles, even serving as the field director for 5 years, but enjoyed the ministry of church planting and rural development the most. They have four children, Andy, Terri, David and Jeremiah. A recent illness has necessitated a stateside ministry for a season. Nevertheless, Steve is excited and thankful for the opportunity to work with the gifted facilitation team at CIT and to help prepare the next generation of servants taking the Gospel all over the world.

WEC (Worldwide Evangelization for Christ)
Ed grew up with five younger brothers and no bathroom on a hillside in West Virginia. For twenty years he bravely taught middle schoolers, finishing his time as principal of Trinity Christian School here in Rutherfordton.

In 2000, Ed and his wife, Debbie, joined Worldwide Evangelization for Christ. They piled their eight children, the “Ten Amigos”, and a Newfoundland into a van and headed to southern Mexico. For sixteen years God used them to develop a camp and missionary training school for Mexicans called “El Monte”.

He has written about growing up in Appalachia in a book called, “Hillbilly Boy” and another about his family’s experiences in Mexico called “…But God Moved!” Ed is a graduate of Gordon Conwell Theological Seminary (MDiv).

UWM (United World Mission)
Joe and his wife Ladaere grew up in strong Christian families who loved missions. They met at Spring Arbor College and found they both felt God leading them to serve overseas. After teaching in Detroit, going to seminary at Liberty University, and a year in language school (Costa Rica), they landed in Uruguay with 3 young children.

In Uruguay, they helped establish a Bible school and developed a church planter training that is still being used in several areas in Latin America. Next, they moved to Costa Rica where Joe served as regional leader and helped start a church planting network in Cuba. During that time, Joe started facilitating a course on church multiplication at CIT. After Costa Rica Joe and Ladaere moved to Jordan to help UWM establish in the Middle-East.

While serving in Jordan, Joe was asked to consider the position of Director for CIT Global. Joe is excited about the opportunity to help missionaries from all nations thrive as they serve around the world.

Partner with Joe and Ladaere

UWM (United World Mission)
Ruthanne’s love for cultures began at an early age. She was raised in the home of a pastor with frequent missionaries and international visitors. Starting at age 13 she has participated short term missions in 9 different countries in Asia, Africa, and Central and South America.

Ruthanne has a BS in nursing. She worked in a mission hospital in Sierra Leone, taught nursing, worked in a pediatric oncology at UNC and in the NICU in California.

She served in Chile for over 10 years working with the Chilean church and working with an indigenous people group.

Partner with Ruthanne and Chad

Pam grew up in the home of church planters and was interested in missions from an early age. She committed to serve as a career missionary during her first year in college and solidified that commitment during a summer internship in the Ivory Coast. After marrying Andy, she spent two years teaching English in China. After seminary, she spent 22 years in Romania (1996-2018). She homeschooled her two boys while also serving as librarian at the Areopagus Center for Christian Education and Contemporary Culture, doing some teaching, and baking brownies for international students. She served as language consultant for her mission, writing a language policy and advising missionary supervisors on language learning issues. She has also had roles in member development, Europe-wide mission leadership, and on the board of SHARE Education Services.

Pam has a B.A. in English in Bible, and a Th.M. in Old Testament from Dallas Theological Seminary. In 2019 she completed her Ph.D. at the Evangelische Theologische Faculteit in Heverlee (Leuven), Belgium, with her dissertation entitled, “Locals as Stakeholders: An Investigation of the Contribution of Romanian Evangelicals to North American Missionary Ministry Evaluation.”

In her spare time, Pam enjoys reading just about anything and watching old movies.

Partner with Andy and Pam

AMG International (Advancing the Ministries of the Gospel)

Dana and her husband, Bill, both serve with AMG International. Bill is COO of Missions and Dana is the Member Care Coordinator.

In 2011, they moved their family to SE Asia to serve with the national leadership in that region. Throughout the following year the Lord placed on Dana’s heart a new found compassion for the hurts and pains of the women serving cross-culturally on the field.

Much to their surprise and “plan” in 2012, Dana and her family had to quickly move back to the States due to health complications and a medical emergency. Through this experience, Dana was able to see the deeper need for personnel care. Therefore, she is currently pursuing an education through Liberty University in Counseling.

It is her passion to help those that serve the Lord throughout the world, and feels honored to work alongside the staff at CIT.

Ethnos360
Al grew up in Wisconsin and was saved at the age of thirteen. He desired to know the Bible and grow in his faith, so his pastor suggested attending the New Tribes Bible College in Waukesha, WI. It was here that he heard for the first time about unreached people groups. After completing the two-year bible course, Al went on to train for mission work with Ethnos360 (formerly, New Tribes Mission) in Rochester, PA. There he met Dori and they married in October of 1982. After his four-year training with Ethnos360, Al received a degree in Intercultural Studies.

In 1984, with their three-month-old daughter, Al and Dori left for Papua New Guinea to begin a work with the Mangseng People Group who lived remotely on the island of West New Britain. After two years Al had some major health issues that brought them back to the USA. Ethnos360 asked Al to join the staff at the training facility in Camdenton, MO. He taught culture and language acquisition there for 23 years. God blessed Al and Dori with two more daughters and a son while they were in Missouri. In 2011 they moved to Sanford, FL to be Chaplains at the Ethnos360 center for retired missionaries. It was then that Al began to come to CIT during the two-week SLA courses to facilitate the Phonetics segments. In 2018 CIT invited him to be the Campus Pastor full time. He is seconded to CIT by Ethnos360.

Grow2Serve
Mark was raised in a Christian family in Fresno, California. His Jewish grandparents became Christians shortly after going to the U.S. during the Holocaust. His family was extremely active in serving in the church. When he was 16 serving as a counselor at a church camp, God used a filmstrip about missionary pilots in Africa to call him into missions. The path from there to here has had turns and surprises, but each step of the way has contributed to how he ministers today. He graduated from Fresno State with an Electrical Engineering degree and studied Intercultural Studies at Western Seminary. Their vocational ministry as a family began when they left for Moscow in 1992.

Mark is currently serving CIT by working to make some online courses available for post-CIT training after arrival on the field. He began facilitating at CIT in 2016.